Teaser
Video Installation, 2020, with Kamen Stoyanov
A collaboration between Katharina Swoboda and Kamen Stoyanov, Invited by Robert Baramov, the video project started in the frame-work project Ti-Si (literally “you are,” which in Bulgarian also means “it is your turn”) in Varna, Bulgaria. An interdisciplinary project initiated by architects Konstantin Dimov, Nevena Bulcheva and Chavdara Nikolova, Ti-Si deals with the problematic construction and urban planning around the newly built section of Vasil Levski Boulevard (http://reanimatori.com).
The newly section of Levski boulevard was built with drivers in mind, without taking other participants like bicyclists or pedestrians into account. The planning enforces the dependence on cars/motorized transport, while causing noise and air pollution as well as stress for both people and the environment. There are three pedestrian bridges that connect either side of the street, one of them becomes the place for the shooting of the work as well as the presentation.
One neighborhood adjacent to the boulevard is called “Конфу“ (“Konfu”). The story behind the name is as follows: Konfu is a dance in which people touch and push each other because they are performing in a small space. When the city of Varna gave away small pieces of land to the citizens to grow food, people jokingly called it Konfu. Because these pieces of land were so small, people joked that they would step on each other’s feet and touch each other’s bottoms while bending over to garden.
Based on a workshop and in collaboration with colleagues and citizens, we staged our own Konfudance (stress the word like “confidence”). Here the movements was pushed towards the idea of fighting; an onomatopoeic reference to the martial arts “Kong-Fu”. At the heart of the dance will be the idea of ​​self-empowerment taking matters into one's own hands. The pedestrian bridge will become a stage and a symbol of connection. It is about re-claiming space and bringing people into the space to we want to discuss. 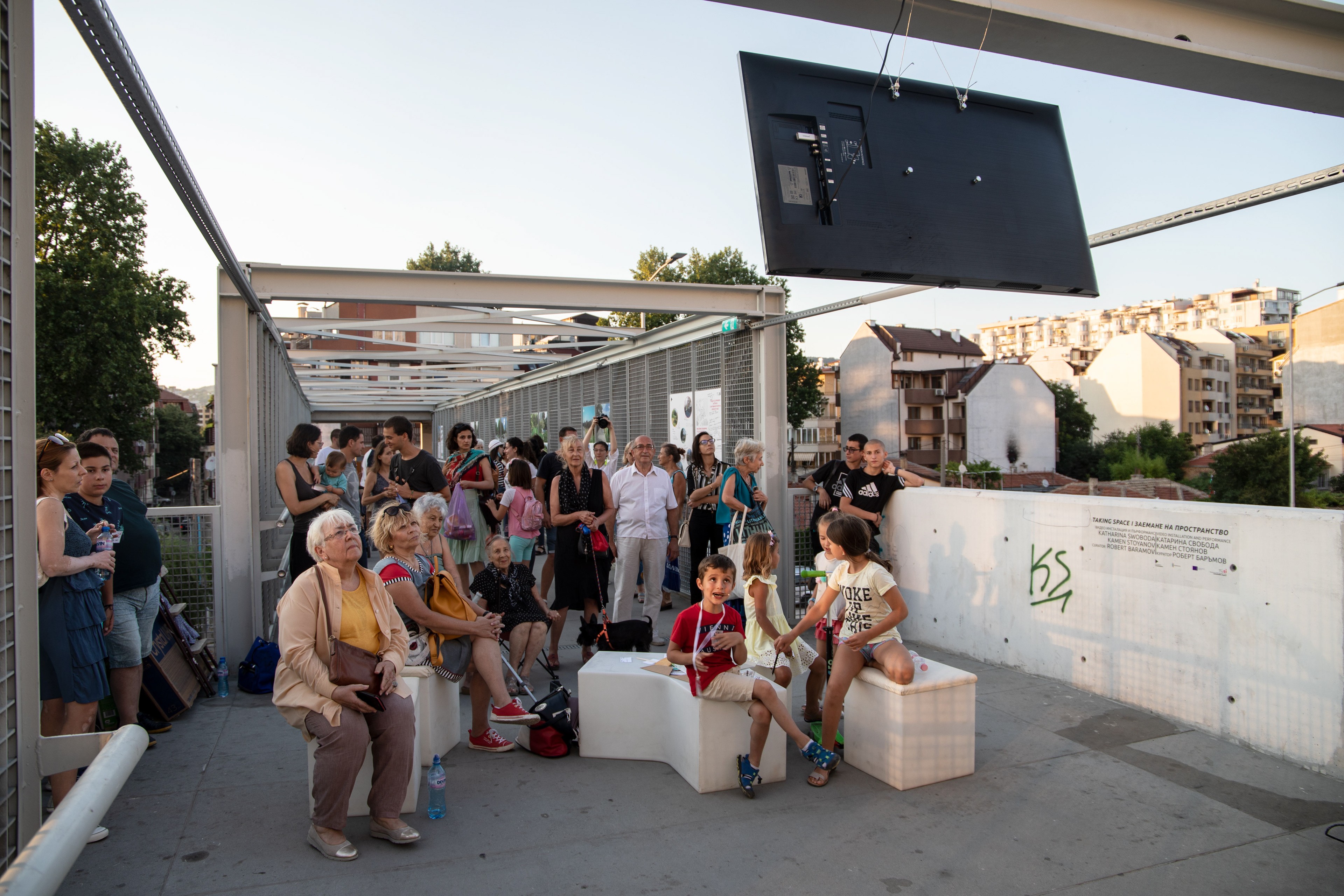 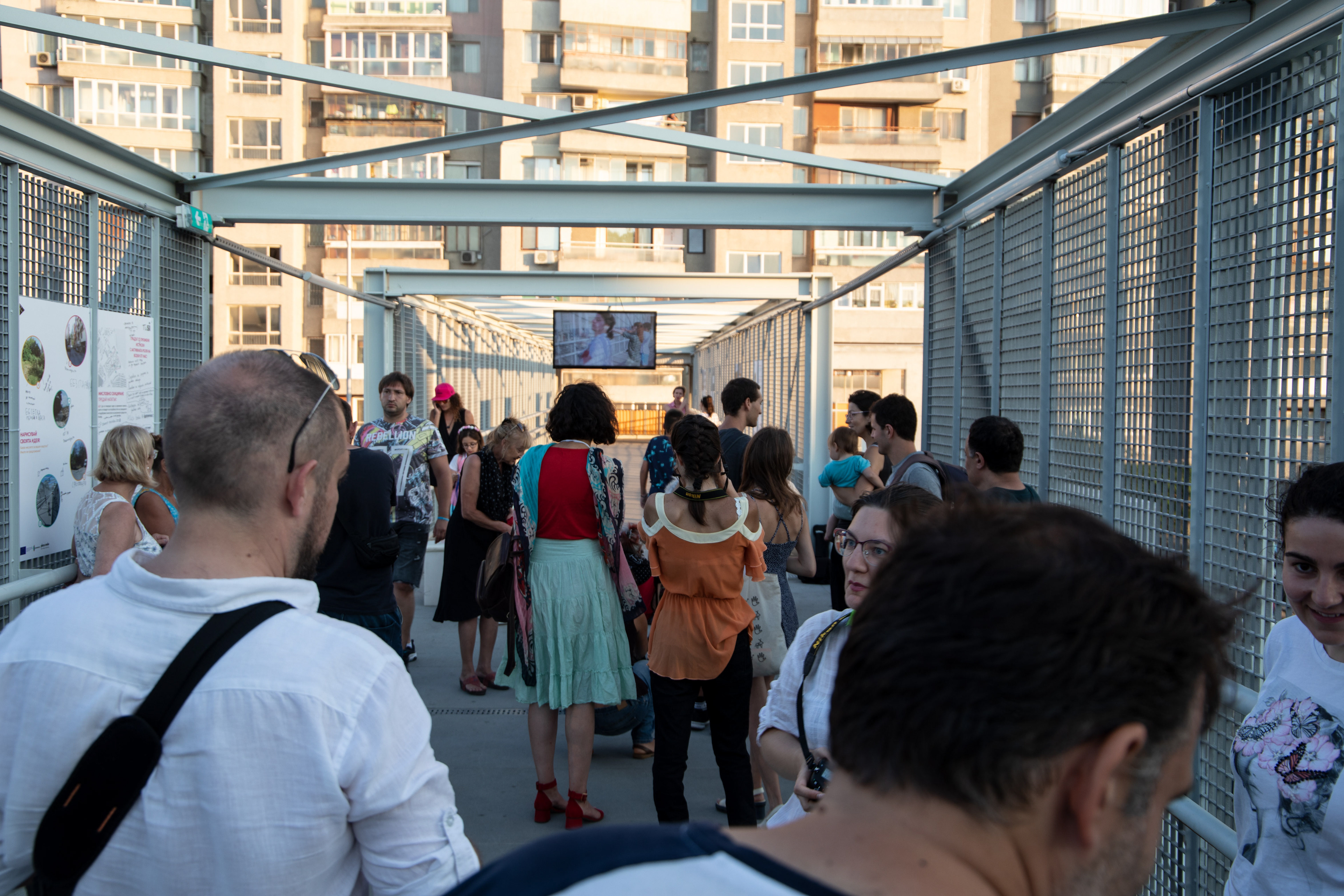 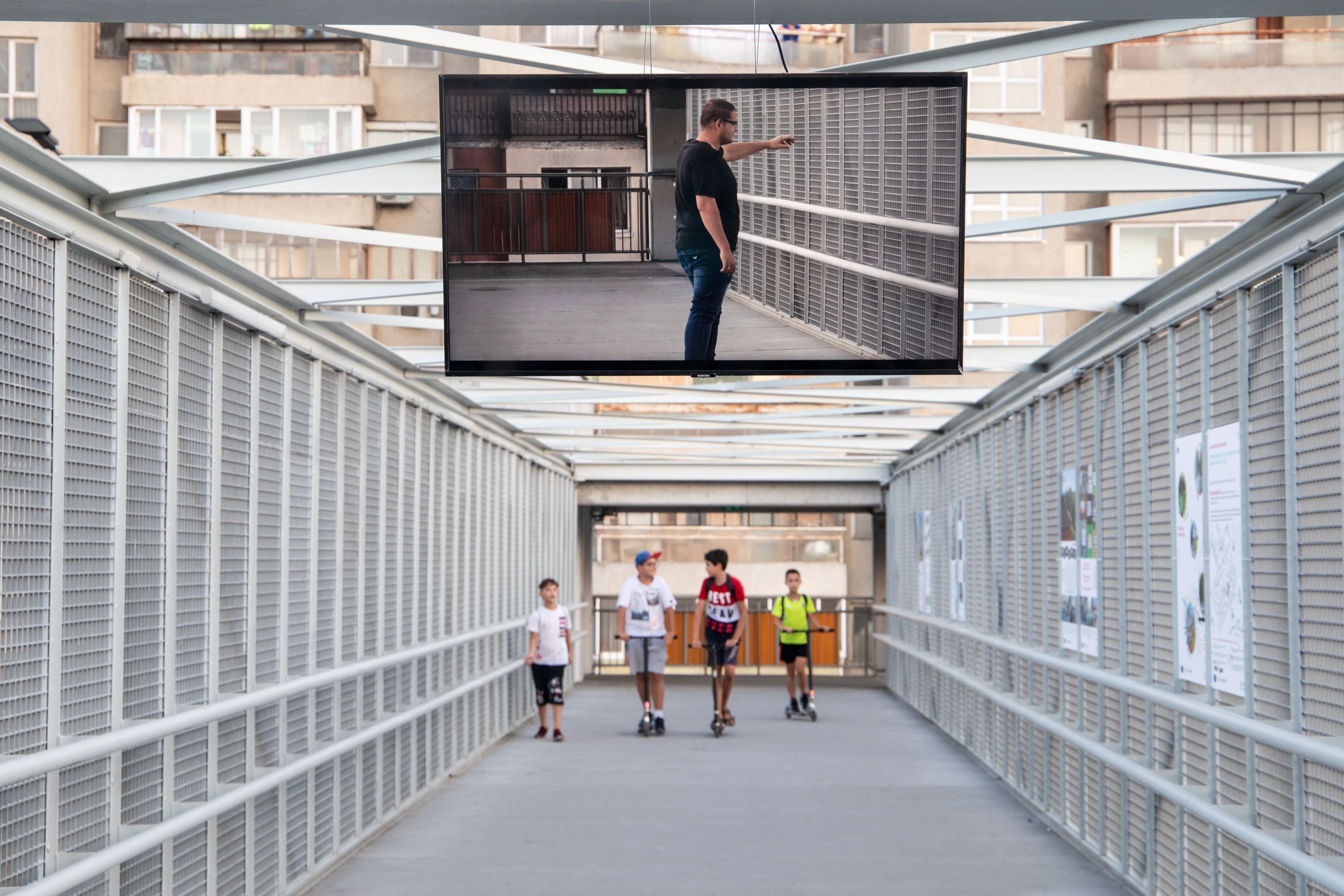 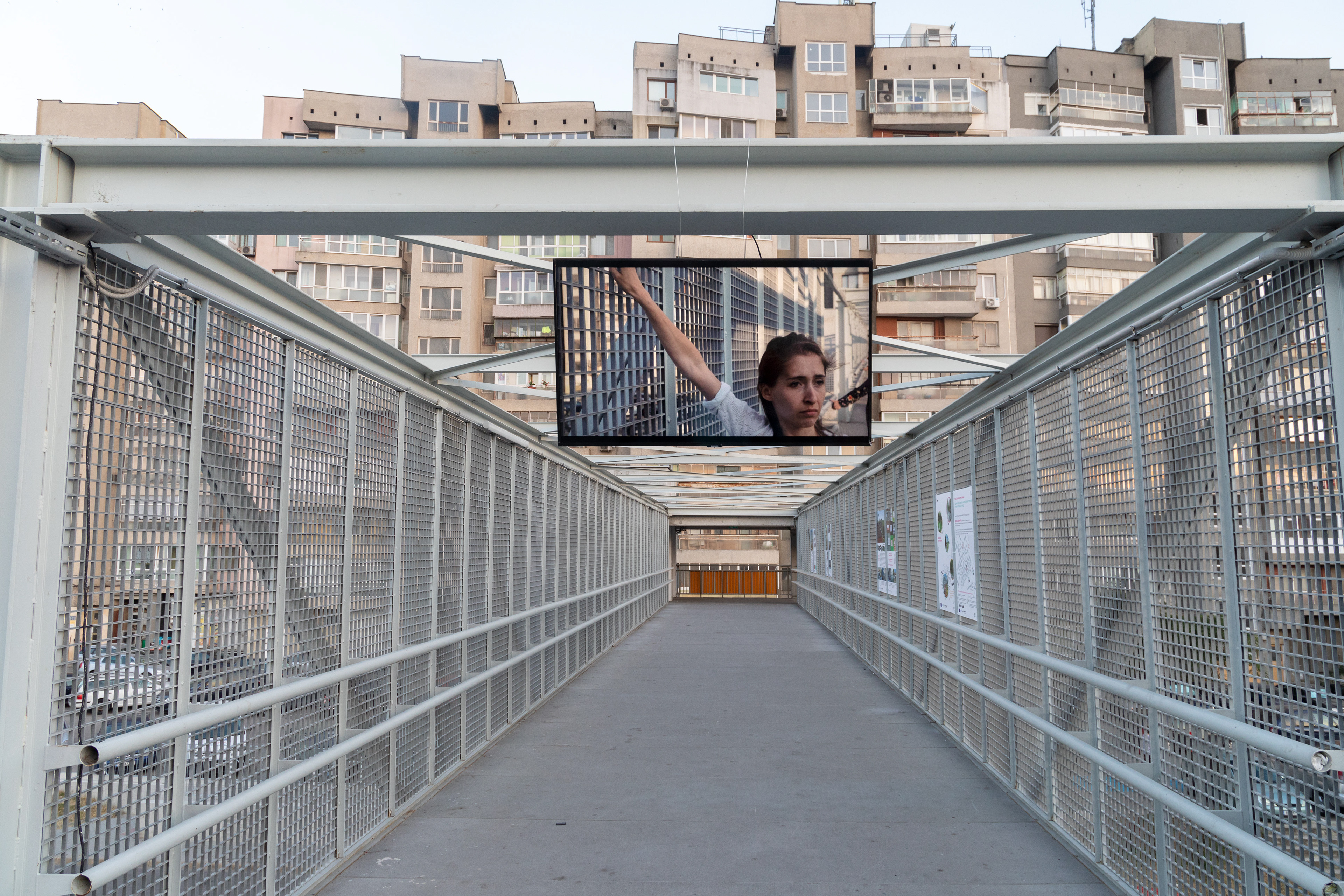 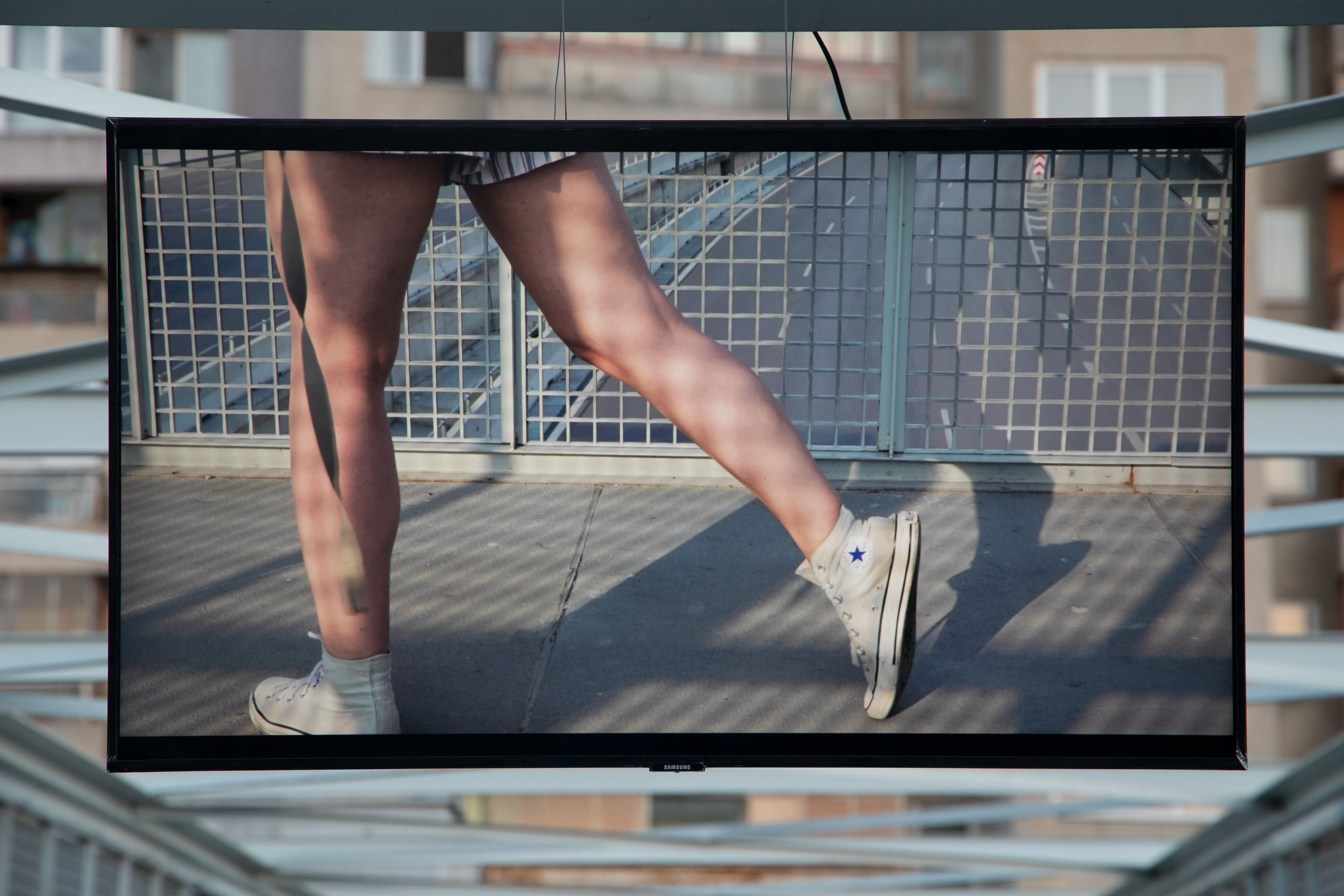 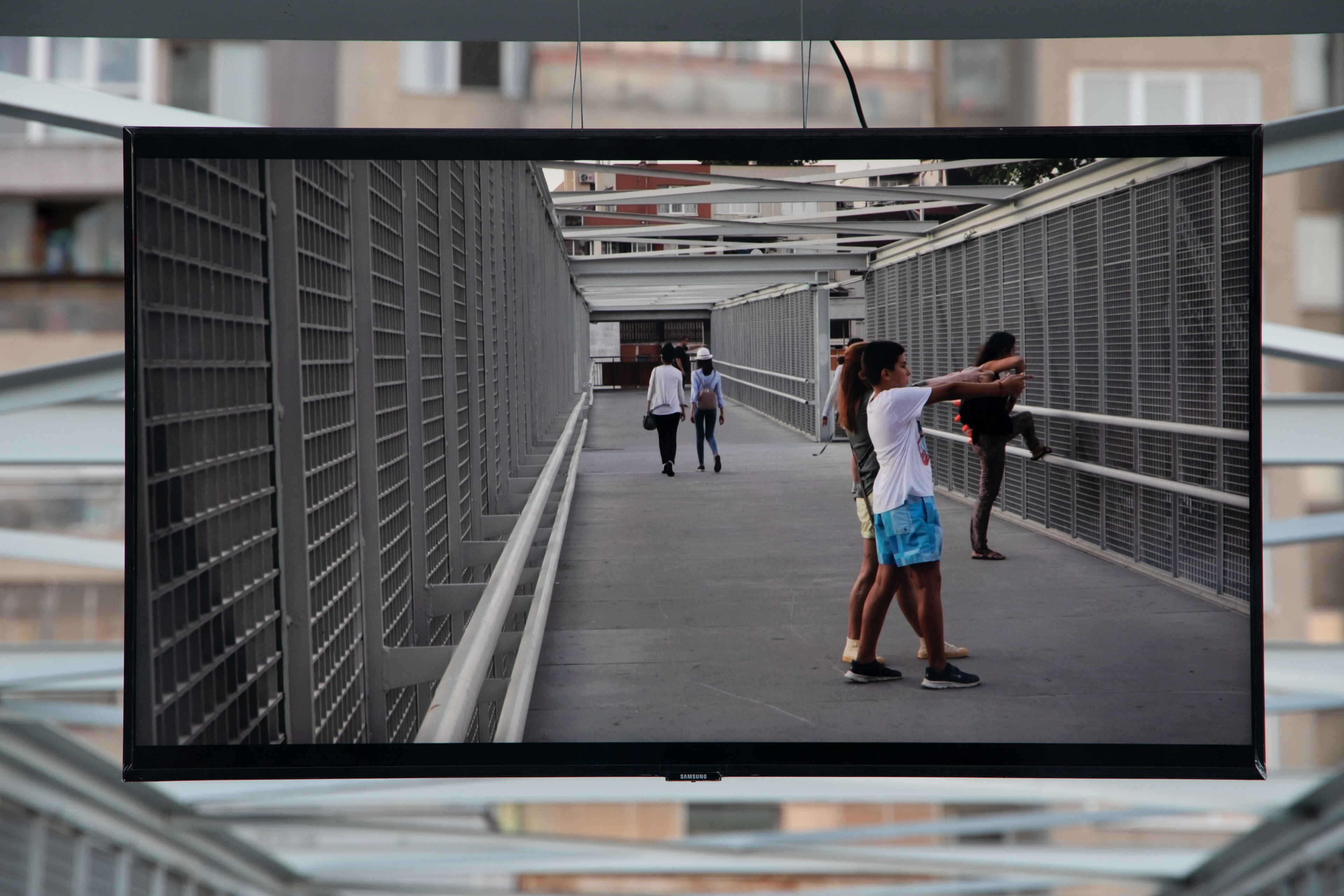 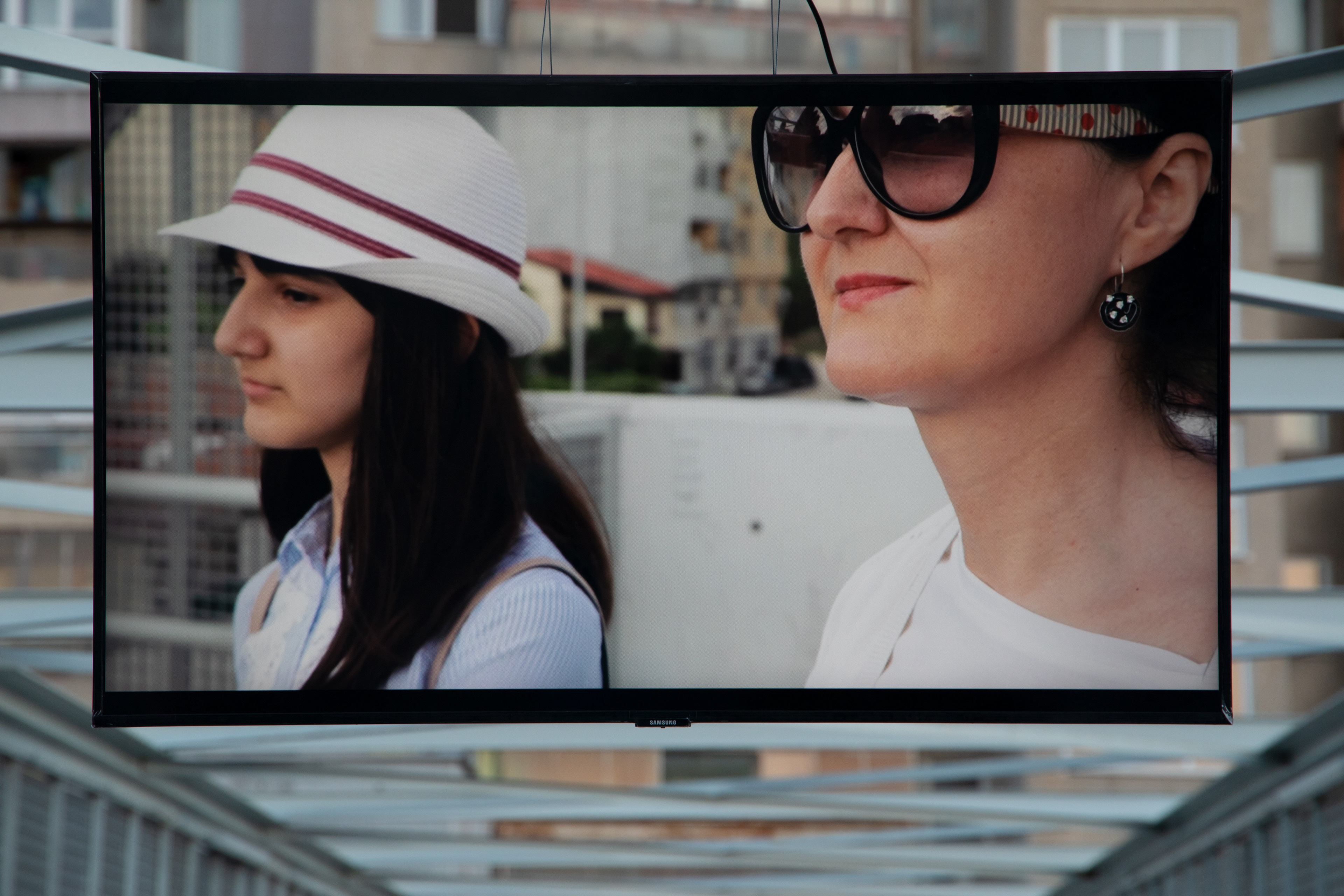 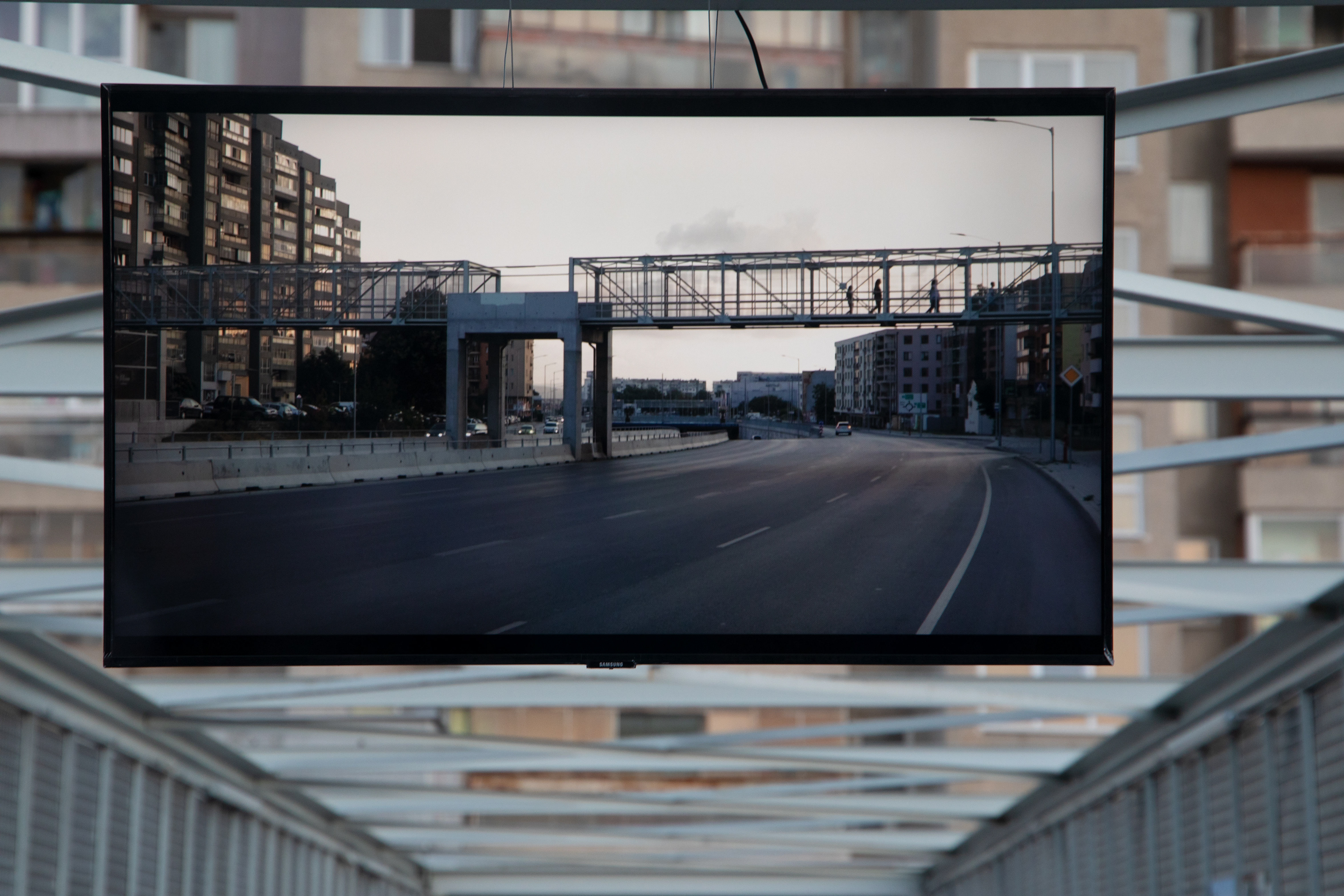 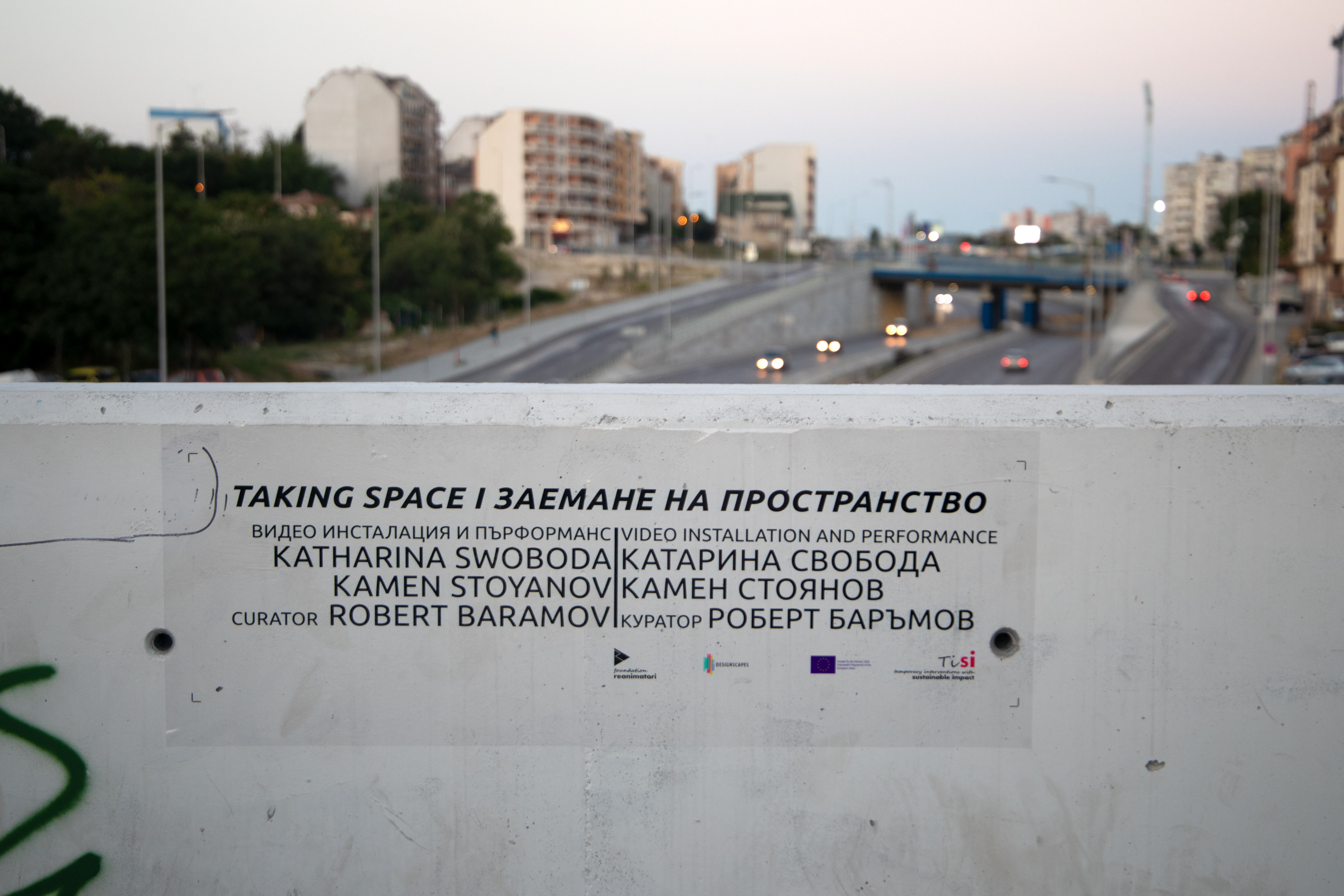 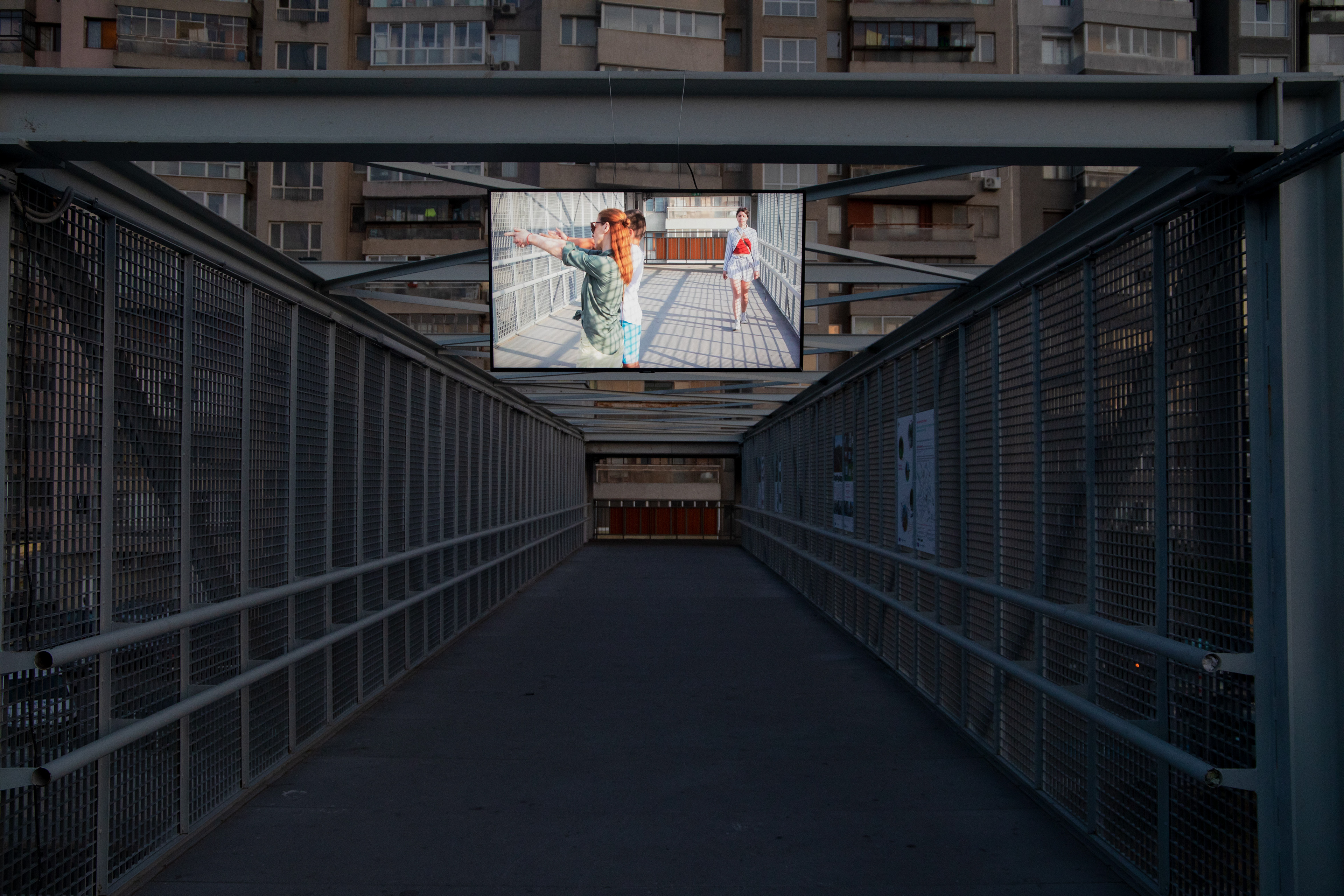 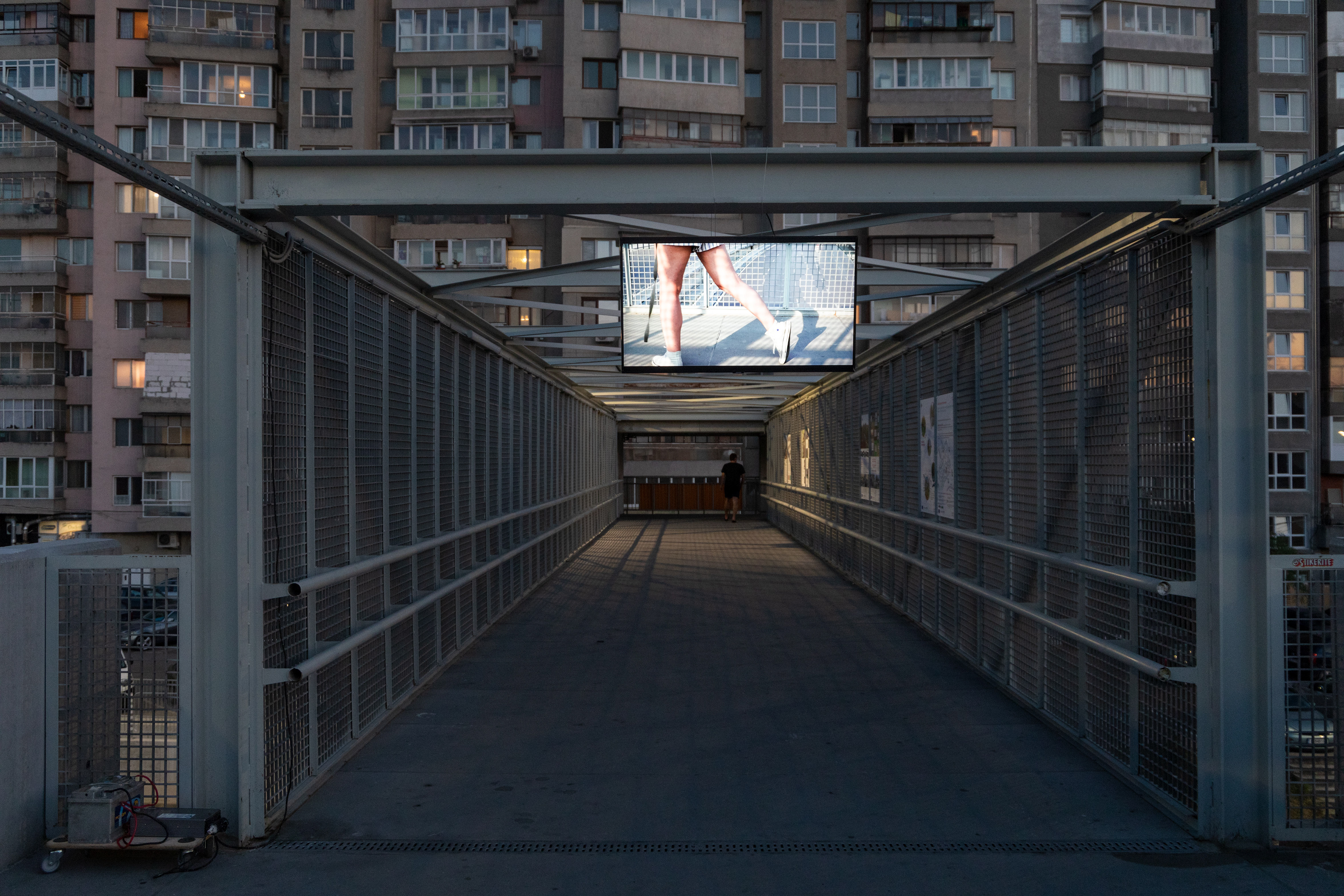